Pumpkins, Starbucks and trying to get stylish…

Recently I was asked to come up with some fake pumpkins for a photo shoot for a rolling campaign for Starbucks and Instagram, promoting the infamous Pumpkin Latte’s which they make in the autumn.  I was asked to make 3 pumpkin heads for actors to wear in photographs.  They were to be photographed around London at a distance, in various situations, in a documentary style.  These will come up on the Starbuck’s Instagram feed throughout this month. 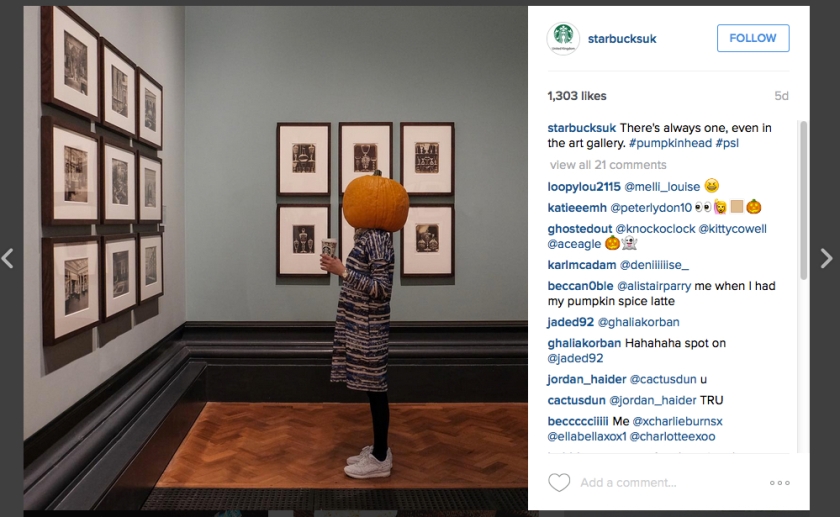 We could not use real ones with the innards scooped out as they would be pretty gross,as in heavy & slimy for the actors.  So I then had a go at making one from plaster and wire so that a head could easily sit inside.  It started out fine, but the weight of the plaster made it sag overnight and it looked like a giant Physalis by morning… hmm…

Not to be deterred, and always the optimist, I turned to the wonders of the web, and managed to get some speedy shipping of Funkins sorted out.  These are incredibly lifelike fake pumpkins, that can be carved, lit from within and so on.  They are actually made from a moulded hard plastic foam, and then hand painted on top.  Unluckily for our budget thought, they had to be shipped from the USA in a hasty and expensive dispatch mode.

The client wanted them to be able to sit on the actors heads, not wobble and look incredibly lifelike.  Oh and they also had to fit in a full adult sized head and cover the whole neck as well.  I measured a lot of startled adults locally to check head and neck sizes, and then ordered the biggest I could find.  They are actually really hard to carve, sort of tough and chewy, and my knife was in a sorry state by the time I had finished.  I started out by carving out the space for the head to fit in.  We then ummed and ahhed and decided not to add typical carved faces, but to leave them totally plain.  Then off they went to be filmed across London in a variety of poses.

Definitely one of the weirdest things I have been asked to do recently, but it was great fun and the pictures looks fantastic. 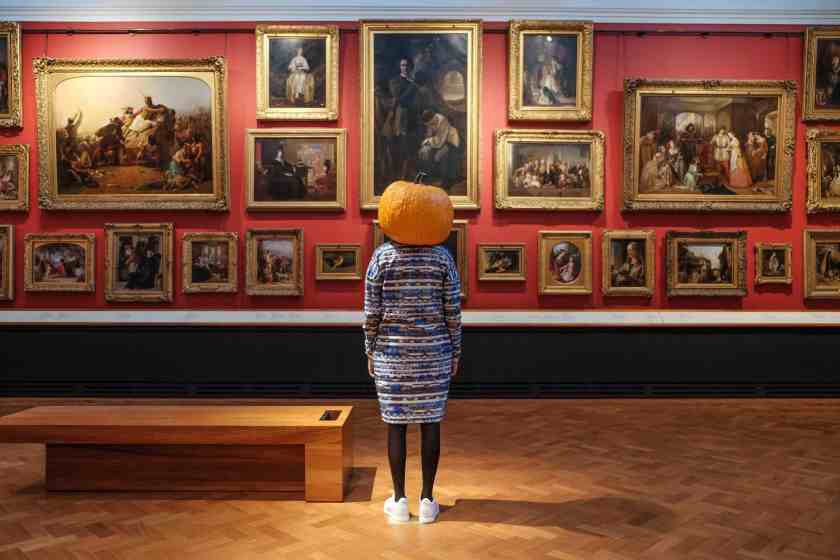